Extreme heat in summer is recommended

The Brejo Route and Bando dos Santos stretches across the Serra do Bando and some of the closest villages, namely Castelo, Corgas Fundeira and Cimeira and Chão do Brejo, the latter abandoned. From beginning to end, it is a route that offers superb views and memorable experiences.

Making the Brejo's Picnic Park its central point, the hiker can plan his route according to what he wants to visit, having for this purpose several variants to the longest route, each one with its own charms. Whichever route you choose, you will always have contact with a unique biodiversity, relevant cultural heritage and several sites of geological interest.

So enjoy the blue mountains without reservation!

In these mountain landscapes we find mainly areas of maritime pine and eucalyptus, but also communities of cork oaks and strawberry trees, among others. As for shrubs, they dominate heather, carqueja, lentiscos and the herb of the seven-blooded trees with its simple blue flowers. Depending on the time of year, we can still find several species of bulbs and wild orchids.

In some parts of the route, and depending on the season of the year, it is possible to see species such as the red fox, the booted eagle, the badger, the torcaz pigeon, the pandora butterfly and the common blue butterfly, the tree lark, the rock swallow or the warbler. Other animals may go unnoticed right under your nose like the Iberian tarantula "lycosa hispánica" or the fire salamander.

Already in the surroundings or in the lagoon itself, which surprises the walker by its location, size and beauty, we can find birds like the royal duck or the grey heron.

The geodiversity of this route is enormous. Besides fossil tracks in the form of vertical and horizontal tubes, sometimes sinuous, at the lower point of the ridge line of the Bando dos Santos there are numerous folds with diversified shapes. It is not surprising, therefore, the abundance of fossils, namely graptolites and molluscs.

The cultural heritage observed along this route, some tens of thousands of years old, is very rich. From Lagoa do Bando, a site with unique characteristics throughout the Tagus Valley, from where 371 artefacts were collected that refer to the Middle Palaeolithic (studies indicate that this would be a hunting and carcass processing site), to the Bando dos Santos belvedere, at 500m altitude, the slogan is just one: enjoy.

But there is more: the Buraca do Serpe site, which will have been occupied since the Paleolithic and would have complementarities with the hunting site of Lagoa do Bando, the Ermida de S. Gens, already on the way down, to the surrounding villages, with its levadas and devices for the use of water, passing by the small cascades that fill this mountainous area for free, the Route of Brejo and Bando dos Santos is a delight.

The locals say that this is a blessed, fertile and generous land, since time immemorial under the protection of S. Gens. Legend has it that this whole area was decimated many years ago by a great fire, except for the summit where the hermitage is today. Curious, some people went to the top of the hill to try to understand why this happened and there they found on a small slab the image of S. Gens, believing then that by his miracle the fire did not consume that tiny part of the hill. The people would then have decided to take the image of the miracle saint to the chapel of St. Matthew, where he placed it and from where it would have disappeared the following day. After much searching, the people found it on the same slab as the day before and led it back to St. Matthew's Chapel. And again the image will have disappeared. This is how the locals decided to build the hermitage of S. Gens, since then a place of worship with the right to pilgrimage during the month of January. According to the parish records, following the 1755 earthquake the Mother Church of Mação and the foundations of the Chapel of S. Gens were damaged, making it a secular building. 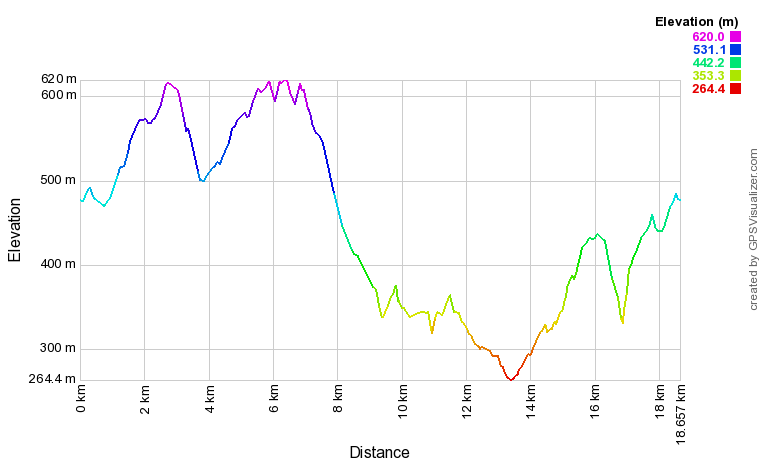